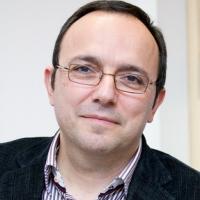 For his research contribution he has been awarded, among others, with the Presidential Young Investigator Award and in 2003 by the conference Very Large Data Bases, while he was named “ACM Fellow” and “IEEE Fellow” by the Association for Computing Machinery and the Institute of Electrical and Electronics Engineers, respectively. He has received teaching awards, such as the “Xanthopoulos-Pnevmatikos Award for Outstanding University Teaching” from FORTH and the Chancellor’s Award for Excellence in Teaching from the Rector of the University of Wisconsin-Madison in 1996. He has been elected and served as president of the ACM SIGMOD. He is a member of the scientific councils of various organizations in Europe and the USA, such as the Max Planck Institute of Informatics.