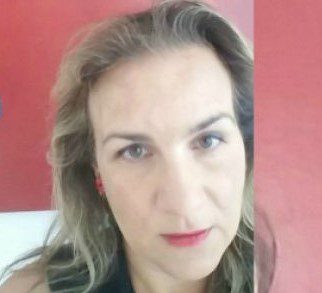 One of the first faculty members of the European Institute of Communication, prof. Dr. Christina Alexandris is about to assume new duties on autumn 2022, as Vice-President of the Department of German Language and Literature of the University of Athens.

The head of the Journalism Computational Linguistics Laboratory (JCL Lab) of ECI was part of the team of researchers of the Athena Research Center who staffed the Institute from day one.

With studies in Computational Linguistics at the famous Carnegie Mellon University in Pittsburgh, she was involved in Human Machine Communication Systems.

Her research interests focus on linguistic issues in Human-Machine Interaction and Communication, Voice Technology applications, multilingual applications as well as special applications in the field of Journalism. Part of her research, in collaboration with the Executive Director of ECI, concerns pioneering research on citizens’ rights and the relationship of Thucydides with contemporary journalism.

She has participated in national research projects and research projects of the European Union (1996 – 2009) and has collaborated with the United Nations (UN) Research Program (United Nations Research Center, Tokyo, Japan) on the integration of the Greek language in the UNL System Network, with English and German as the main reference languages (2010-2015).

She is a Member of the American AI Society “Association for the Advancement of Artificial Intelligence” since 2015.

Under the guidance of Dr. Alexandris and the collaboration of researchers from the School of Informatics of the University of Athens (with which she has been collaborating since 2008), ECI’s Laboratory of Journalistic Linguistic Applications (JCL Lab) covers a wide range of research range of topics that involve relevant technologies in the production, processing and comprehension of texts. Among them, speech recognition, the comprehension and production of natural language, speech synthesis, finding and extraction of information, automatic translation, etc.

The aim of JCL Lab is to provide the tools for direct access, effective processing and in-depth analysis of content and complex information in monolingual and multilingual written and oral journalistic content, with a wide range of applications in the Communication Sciences.