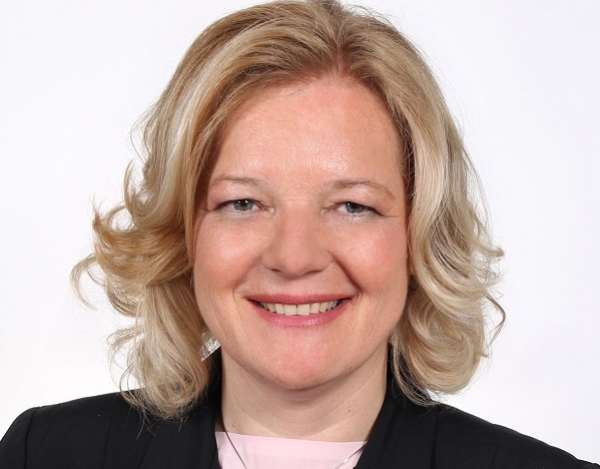 “The relations between Austria and Greece are  the greatest”, Austrian Ambassador, Madame Andrea Ikić – Böhm, underlines in her interview at the Business News Magazine by Direction Business Network. Further the Ambassador emphasizes the importance of our European Communication Institute both in matters of European Integration and on its academic capacity and efforts in the two countries.

What are the top priorities for the Austrian Embassy in Greece? Which issues rank higher in your agenda?

The Austrian Embassy works on enhancing the bilateral relations between Austria and Greece as well as our cooperation with Greece in international fora – a country with longstanding history and great culture, our partner as an EU Member State, with whom we share our common European values. With this target, we organize political visits for example in the fields of foreign policy, interior, justice and defense, facilitate the cooperation with Greece f.ex. in the framework of the EU, OSCE, the Council of Europe and the UN, and support contacts between both parliaments as well as the exchange between regions and cities. The Embassy is also the first contact point for Austrian citizens living in Greece or staying in Greece as tourists. In addition, the Austrian Embassy aims at bringing Austrians and Greeks closer together through culture and presents Austria as a modern and innovative country through sustainable cultural projects all over Greece, as well as through intercultural and interreligious dialogue. Together with “Advantage Austria” we support Austrian investors in Greece and are happy to thereby contribute to economic growth and job creation in Greece. We also follow the developments in political, economic and financial as well as migratory issues. A successful, prosperous and stable Greece with vivid bilateral relations and excellent cooperation in international fora is in the interest of Austria and Greece, Europe and the World.

How would you describe the relations between Greece & Austria today?

Our bilateral relations are excellent, as was also shown during the EU presidency of the Council of EU, when Austrian Federal Minister for Europe, Integration and Foreign Affairs Dr. Karin Kneissl as well as Federal Minister of Defence Mario Kunasek both visited Greece. Moreover, there were many high-level visits by Greece in Austria in 2018, such as PM Alexis Tsipras taking part the Informal Summit in Salzburg.

As to the economy, I would like to congratulate Greece on the ending of the financial programme last August. With the continuation of reforms Greece will become an attractive place for investment. The Austrian companies active in Greece have generally remained very loyal to their customers and business partners despite all challenges in the recent years, and where necessary they restructured their operations – a few Austrian companies even expanded them. Austrians love Greece, which is underlined by the booming Greek tourism sector, and Austrians often come home with a deep interest in and understanding of Greek culture and population. Austrians arrive as tourists, but keep returning as friends.

Greece and Austria are of comparable size, we share the same European values and are both countries with a rich history and vivid cultural life. On the initiative of our Embassy in Athens and under the auspices of the Greek Foreign Ministry the 3rd edition of the Greek-Austrian Music Summer took place in 2018 in the spirit of a united Europe, with more than 20 concerts of Austrian, Greek and international musicians in 13 places all over Greece, with the 4th edition already planned for 2019. Culture creates opportunities, inspires and unites in variety.

Could you give us some facts & figures regarding a) the export activity between the two countries b) the Austrian Business Community, i.e. the presence of Austrian corporations in Greece?

According to the preliminary data of “Statistik Austria” for the period of January to September 2018 exports to Greece grew by + 4,8% (338,5 Mio. €)  in comparison with the same period in 2017, and imports from Greece to Austria grew even by +11, 6% (189 Mio. €).  Currently, there are 50 registered Austrian subsidiary companies or branches in Greece. As mentioned before, Austrian companies in Greece have remained loyal to their customers and business partners in Greece during the challenging times of the crises. Some Austrian companies even expanded. Especially production facilities in the field of packaging materials were able to take advantage of the growing attempts of Greek companies to export their products. Greek companies realised during the years of crisis that they need to rely on exports.

In addition, there has been increased cooperation in the infrastructure sector. The privatization of the ports of Piraeus and Thessaloniki triggered Austrian investments. The Austrian company Rail Cargo formed a Joint Venture with the Greek company Gold Air. Together they applied for and received a license to operate as the first private cargo railway company in Greece. Furthermore, due to the booming Greek tourism sector Austrian Airlines operates flights to 17 destinations in Greece during the summer months, bringing ever more Austrian tourists to Greece.

Do you think that Greece can attract more investments from abroad? What do you think must still be done?

In the past few years, Greece has undertaken tremendous efforts to overcome the economic challenges caused by the financial crisis. The structural reforms are finally bearing fruit and many macroeconomic indicators, such as the growth factor as well as the falling unemployment rate are pointing towards a positive trend. Especially since the exit from the financial program a positive trend can be felt. In order to attract foreign direct investment, the trust in Greece’s economy needs to be reestablished. Especially stability in the framework of taxation, a business-friendly public administration, regulatory measures that mirror the present requirements and a stable social partnership are important factors for companies’ investment decisions. We are optimistic that a business friendly environment can and will be achieved in the near future.

We understand that Austria and Greece have an active academic bond through ECI, the European Communication Institute ? Do you care to comment ?

The ECI, based both in Austria and Greece, renders an important contribution to European Integration, the exchange between the peoples of Europe and the education and empowerment of an active and participative citizenship. The institutions cooperating in the framework of ECI are the Donauuniversität Krems in Lower Austria, the Athena Research Center, the Botsis Foundation for Journalism Excellence as well as the Mass Communication and the Media Technology Lab of the University of Athens. Since 2015, the On Line Publishers’s Association is also part of the collaboration.  I am happy that the Austrian State Television ORF was awarded the international Botsis Price for qualitative and objective media in 2016 for its coverage of the crisis in Greece.  Recent projects in the framework of ECI for instance include the presentation of the film “So far, so close”, a master thesis project of a Greek student in the joint ECI Master Program,  portraying the Austrian wine region of Krems as well as the Greek wine region of Naoussa.

Your comment on the recent agreement between Greece and Νorthern Macedonia?

Austrian Chancellor Sebastian Kurz as well as Austrian Minister for Europe, Integration and Foreign Affairs Karin Kneissl both congratulated Athens and Skopje on solving the decade – long name dispute. Indeed, the Prespes Agreement is a historic chance, which points out the important and constructive role Greece plays in South East Europe, opens the way for Skopje to rapprochement to the EU and is a positive message for the Region and Europe. Austria looks at this region from the North, and Greece from the South, so it is in both our interest to have stability in our neighborhood.

Greece is not only a country with an outstandingly beautiful landscape and vivid cities with a great cultural life, but also a place where you can live true “philoxenia” – an overwhelming hospitality and friendliness. Many Greeks I meet tell me about their love for Austria, their visits to Vienna or Salzburg, their holidays in the skiing resorts, or their time when they studied there. I am especially happy that more and more friends of Austria in Greece join the relevant Association, thereby showing their closeness. The positive attitude towards life is also expressed by the Greek tradition of good wishes – on the day, the week, the month, festive occasions – whenever and as often as there is an occasion. I very much like the Greek language and its way of expressing wishes or entering into sophisticated dialogues. The personal encounters with Greeks of all walks of life are especially dear to me. The only challenge I can think of is the traffic, but I think this holds true for Greeks and foreigners alike.